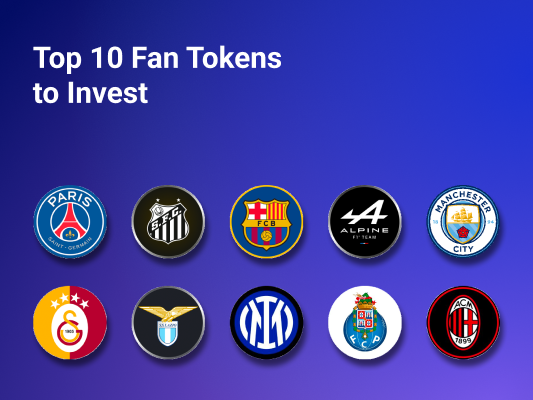 Fan Token is a new type of digital asset that connects sports fans to their favorite sports team by giving them a voice and making them feel like they own part of their favorite sports club. Football clubs globally use football Fan Tokens to create unique fan experiences through cryptocurrencies and increase the level of engagement with fans.

Fan Token holders are eligible for such benefits as access to officially signed merchandise, free tickets, and VIP experiences. They have voting power to vote on sports clubs' decisions, engage with their favorite teams through polls, and use the tokens to earn fan rewards, such as VIP access to the teams. Prizes also include acting as a stadium announcer or playing a match in your favorite team's stadium. Fan Token provides an opportunity for a sports fan to demonstrate support for their favorite team or sports club while reaping the rewards of the tokens.

Football teams and other sports organizations issue and sell Fan Tokens through the Socios.com app to effectively monetize their audience, further integrate fans into the club, democratize and organize experiences, establish club leadership, and earn free money. They offer their fans exclusive membership perks, which differ from team to team. Some offer their token holders VIP tickets to games, souvenirs, or interactive experiences with their favorite players, while others may provide exclusive team parties or rewards like cars or trips to foreign countries.

So, what's the best Fan Token to buy?

PSG is the Fan Token of Paris Saint-Germain, the world-famous French football club. The PSG Fan Token was minted on the Ethereum blockchain via the Socios Fan Token Platform. PSG enables fans to choose the message for the match day and the message written on the captain's armband. PSG token holders get VIP experiences, rewards, and access to official merchandise. They can also vote on the team's long-term goals, the cover design of the special edition FIFA-22 PSG or the new Parc des Princes stadium, and highlight awards such as the defensive play of the season, the goal of the season, and the skill of the season.

PSG Fan Tokens, like Bitcoin and other crypto assets, can be traded on crypto markets. You must have a cryptocurrency to trade Fan Tokens in DEXs.

The trading volume of PSG Fan Token jumped by more than 130% in just five days when it was rumored that Messi would join the PSG squad.

Santos FC (SANTOS) is the Binance Launchpool official Fan Token for Santos FC, a famous Brazilian football club headquartered in Vila Belmiro in the state of So Paulo. SANTOS is a Binance Smart Chain-based BEP-20 token launched in November 2021.

FC Barcelona Fan Token (BAR) is the Fan Token of Football Club Barcelona, a professional football team based in Barcelona, Spain, and one of the most followed football clubs globally. The BAR token is minted on the Ethereum blockchain, and holders can access their fan reward on the Socios Fan Token Platform. BAR token holders can vote on various decisions, including match day playlists and captain armband messages. According to BAR token's official website, 22 holders were chosen to play at a match at FC Barcelona's official stadium Camp Nou. Token holders also have VIP access on match day and can earn fan rewards.

Furthermore, unlike other Fan Tokens, the ALPINE token has a limited number of NFTs that can be staked for rewards. This Fan Token offers once-in-a-lifetime events such as a private fan meeting with the F1 team, official products autographed by the F1 teams, and various other intriguing activities.

Manchester City (CITY), another Socios.com creation, is the Fan Token of the famous football team Manchester City, a world-class team that has won four Premier League titles and finished in the top ten in the previous ten years. Pep Guardiola, the world's highest-paid football manager in 2022, leads the squad.

As a result, the value of this Fan token is strongly dependent on both Manchester City's on-field performance and the advancement of blockchain technology. When it was speculated that Cristiano Ronaldo would join the squad, the price of the CITY token soared but subsequently plunged when the transaction fell through.

Galatasaray Fan Token (GAL) is a fan token for the sports team Galatasaray, the first Turkish club to win the UEFA Cup and Super Cup in 2000.

Inter Milan (INTER) is a Fan Token that allows Inter Milan fans to influence club decisions and even choose a song to sing in celebration of goals.

INTER token holders can meet and greet their favorite players, gain early access to the stadium, and get many other benefits.

PORTO token, launched on Binance Network on November 6, 2021, is essentially dedicated to FC Porto fans. FC Porto (PORTO) was founded in 1983 as a football club in the Portuguese Premier League.

Like a typical Fan Token, ACM allows AC Milan fans to exhibit their love and support for the club by tokenizing their reward points, earning exceptional experiences, and purchasing official team items.

Where Can I Buy Fan Tokens?

The Chiliz blockchain serves as the foundation for most Fan Tokens. AC Milan, Manchester United, Barcelona, Juventus, and several other teams have introduced their tokens through Chiliz and its partner Socio.

You must first purchase CHZ, the platform's native governance token, through a cryptocurrency exchange to buy Fan Tokens on the Chiliz network.

However, Fan Tokens are also available outside of Chiliz and its Socios.com website.

Binance has recently launched its own Fan Token platform, and Lazio, Porto, and Santos are the top football teams with tokens available on Binance at the time of writing. You must first purchase BNB through a cryptocurrency exchange to obtain these tokens.

Fan tokens can alter how sports teams and their fans interact by blurring the boundaries between fans and the teams they support and allowing spectators to become passive and occasionally active participants in sports.

If you're looking for the top Fan Tokens to buy, it's evident that the best tokens are those of your favorite teams, providing access to team-specific bonuses and prizes. So, make your purchase and begin collecting rewards and enjoying experiences.

We hope you enjoyed reading our article and found the information we’ve provided helpful. You might also enjoy other articles on cryptocurrencies and blockchain technology regularly posted on our blog. If you're interested in learning more about DeFi and how to make the most of it, visit our complete guide, "What Are Fan Tokens", "Fan Tokens for FIFA World Cup 2022", "What Is DeFi." To learn more about keeping track of all your portfolios, check out our guide on "crypto portfolio trackers."

Investment Advice Disclaimer: The information contained on this website is provided to you solely for informational purposes and does not constitute a recommendation by CoinStats to buy, sell, or hold any securities, financial product, or instrument mentioned in the content, nor does it constitute investment advice, financial advice, trading advice, or any other type of advice.

Cryptocurrency is a highly volatile market sensitive to secondary activity, do your independent research, obtain your own advice, and only invest what you can afford to lose. You should carefully consider your investment experience, financial situation, objectives, and risk tolerance and consult an independent financial adviser before making any investment. There are significant risks involved in trading CFDs, stocks, and cryptocurrencies. Between 74-89% of retail investor accounts lose money when trading CFDs. You should also verify the nature of any product or service (including its legal status and relevant regulatory requirements) and consult the relevant regulators’ websites before making any decision.